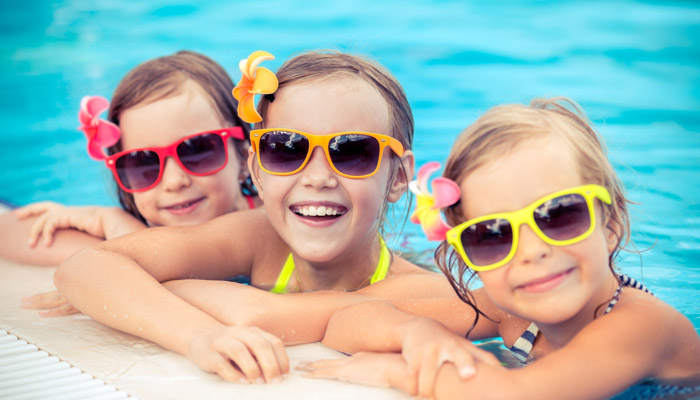 Ordinarily, we think of a rainbow as a positive thing — a symbol of promise or diversity, a beautiful display of nature! Well, those aren’t the aspects of rainbows that algae represents: about all rainbows and algae have in common is that they both come in a variety of colors. If you have owned or been around pools for any length of time, you’ve probably seen at least a few of them. Pool algae is a plant-like, chlorophyll-containing non-vascular organism. While many think of green or blue algae, pool algae also comes in not-so-attractive variants such as yellow or mustard algae and dark or black algae. (While there are a couple other variants, such as red and brown algae, those three are by far the most common.) Each type of algae has a specific source and recommended antidote. 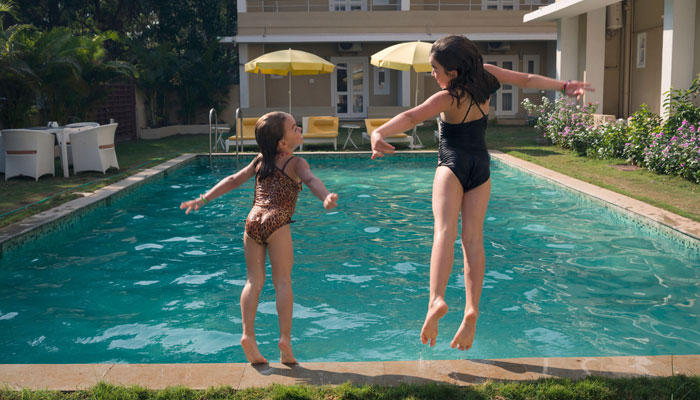 Green or blue algae is the most common form of algae that grows in swimming pools; that’s the bad news. The good news is that it’s extremely easy to eliminate. The cause of this algae type is improper sanitation or filtration. Green algae can be seen free floating in pool water, giving the entire pool an unattractive greenish cast. Alternatively, green algae can be found clinging to your pool’s surfaces — the bottom or the walls. It can be easily brushed off and mixed into the water. If it shows up in certain areas where poor circulation is an issue, you can quickly and easily eliminate the problem with a small amount of algaecide or sanitizer. 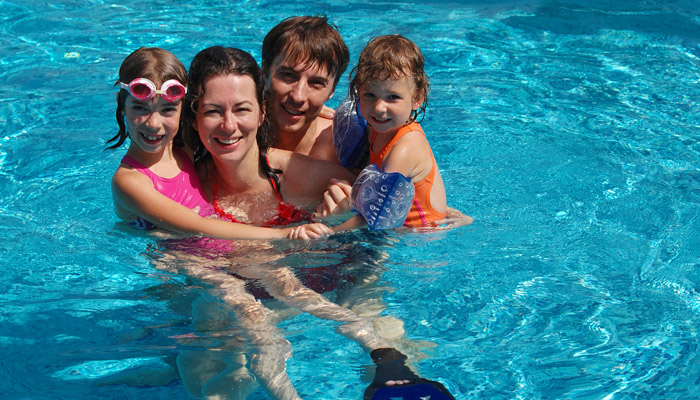 Compared to green algae, yellow or mustard algae is much more selective in where it grows. Preferring pool walls where direct sunlight doesn’t hit, mustard algae is the second most common algae type. Unfortunately, it’s also easy to mistake for pollen or sand and can be extremely difficult to kill. An average dose of sanitizer or even an algaecide won’t be enough to eliminate mustard algae. Instead, you’ll have to shock your swimming pool with an extremely high dose of chlorine; otherwise, you’ll be dealing with mustard algae indefinitely.

Although black algae may be even more particular than mustard algae, when it does decide to appear, it’s even more difficult to kill. Thankfully, it’s pretty rare. When it does appear, though, it looks like small black or dark spots on the walls of your swimming pool. While this pesky organism includes a protective layer, it also comes with strong roots which provide a defense mechanism. Those roots grow deep into pool walls, making black algae stubborn, even when you regularly maintain your pool. You’ll need to use plenty of chlorine shock, along with a heavy-duty pool brush.

When it comes to pool water, you don’t want to see any colors; instead, you want a crystal-clear water in which to swim. That means taking preventive steps to avoid green algae and being on the lookout for mustard or black algae, ready to take the necessary steps to get rid of it if either form does appear. 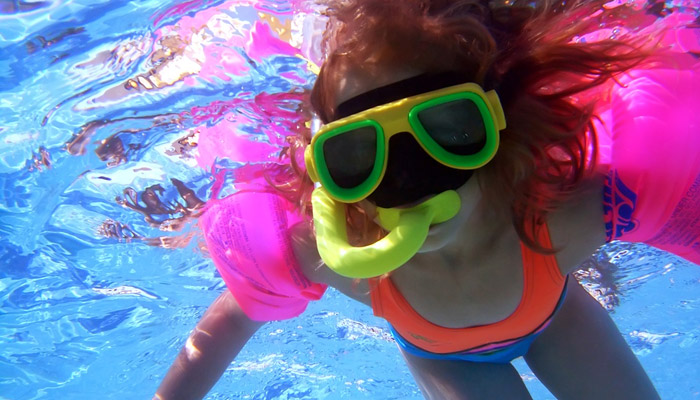