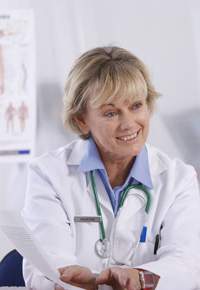 If you’re like a growing percentage of Americans of all ages, you struggle with obesity. Approximately one third of American adults can be described by this term, which denotes those with a BMI (Body Mass Index) over 30. The equation for figuring out BMI takes into consideration variables such as gender, age, height, and weight, and can be fairly accurate predictors of health dilemmas of all shapes and sizes. In addition to the well-known conditions such as heart disease, strokes, and cancer, obesity also affects the circulatory system and increases a person’s difficulty in recovering from surgery. For those two reasons, people who are considered obese should lose some weight before having orthopedic surgery.

The most common orthopedic surgery may well be knee-replacement surgery. As you might imagine, any weight placed on the joint traumatized by surgery causes pain, at first, and each added pound adds to the discomfort. In order to compensate for this disadvantage, overweight patients often shift weight to their “good side.” The resulting imbalance in posture can lead to over-stressing the “good knee” as well as stalling the full recovery of the surgically replaced joint.

In addition to the issues directly related to joint health, obese patients often struggle with recovery due to their tendency toward the sedentary lifestyle that’s especially common for the morbidly obese, meaning those with BMIs over 35. Such a lifestyle can translate into muscular weakness and related pain. Strong muscles, by contrast, promote dispersion of forces on the joints, in turn leading to a faster and less painful healing process. 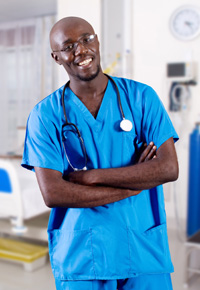 Those considered morbidly obese may also suffer from poor joint positioning, caused by fatty tissue. When hips and feet begin to point outward, rather than straight ahead, rehabilitation and ideal functionality will be slowed or compromised.

Obese individuals have a tendency toward circulatory problems, particularly in their extremities. Obviously, knee-replacement surgery takes place on one of those extremities. Because circulatory problems negatively affect the body’s ability to heal itself, an obese person will face a longer recovery period simply based on slowed healing due to poor circulation.

Any orthopedic surgeon who is truly concerned about the patient will discuss the potential for obesity-related complications before surgery is scheduled. Some might even refuse to perform surgery on obese patients before a certain amount of weight has been lost. After the excess weight is lost, often the joint pain has been lessened anyway, eliminating the need for surgery, in the first place.

For those who are experiencing joint pain and are overweight, the greatest benefits can be seen through shedding those extra pounds. With medically directed diet and exercise, the need for surgery can be delayed or even avoided entirely.