Emmy-nominated #1 series of the 2009-2010 season, Undercover Boss, exemplifies the difficulties of internal communication in the corporate communication’s field. CBS launched the series off with the boss of Waste Management, North America’s largest trash company. For several years, the top executives of the communication function disregarded following up with branches of their corporation. By doing so, they unknowingly allowed their limited employees to urine in coffee cans, take over several jobs in one, disregard the customer’s needs, and be deducted in pay for two minutes past a lunch break.

Many companies realize their internal communication with employees and customers are becoming out of hand; therefore, companies are beginning to take charge of the situation by going on Undercover Boss. at the same time, the companies are being paid to look like they care and also fabricating free publicity. 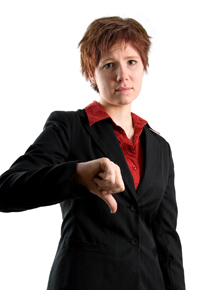 Unfortunately, many COOs are negligent with their internal customers. At Waste Management, the COO relied on his branch’s management function to implement the appropriate discipline and gratitude of their employees. In fact, employees of the corporation had never met their COO. The managers were in charge of contacting the head branch of the corporation if any problems arose. The COO’s main resource was money. He disregarded human resources and time factors which obviously important for any corporation or business. As he went undercover, he realized the damage he had done by allowing management with authority.

Larry, President and Chief Operating Officer in charge of the whole company, thought he had a good understanding of each company within the organization. Throughout his journey, Larry realized the corruption of his corporation, realizing that time, human resources, and lack of internal communication was disregarded.

An employee in particular was Janice, who did trash pickup for a community. She was able to tell Larry about the problems of Waste Management’s headquarters, thinking that he was a new employer of the company. She explained to him the company’s primary focus of time, and showed him how it was affecting her communication with internal customers.

Another example was Sandy, an employee who dealt with recycling for Waste Management. She showed Larry the essence of time, and lack of employees who handled the recycling for the corporation. Upon his journey, Larry realized the exhaustion his employees had to go through. It was then he realized the inefficiencies management was forgoing, by penalizing employees for going two minutes past their lunch break.

My last example is Jacqueline, a woman in charge of various jobs at one of Waste Management’s landfills. She was an office manager, administrative assistant, scout operator and scale supervisor, in charge of pay roll, and more. She explained to Larry the problems she was facing, and how hard it was to keep her house with the pay she was receiving. Larry realized how much the cost cutting implementations affected the company. More importantly, he realized how much it affected his internal employees and customers.

Waste Management is one of the thousands of companies that disregard internal employees and customer satisfaction. By doing so, they jeopardize their reputation and relationship with their constituencies. Clearly, America’s top corporations are becoming corrupt and negligent, disregarding the primary objectives for maintaining their business. Undercover Boss is ideal for thousands of employees, customers, and headquarters and is enforcing improvement of employee and customer relations among several of corporations.