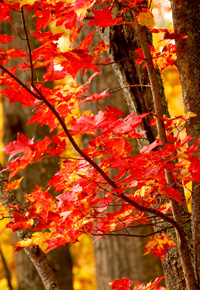 Maple trees are some of the most famous and easily recognizable trees in all of North America. Maple trees grow plentifully throughout much of the United States, as well as throughout Canada. In fact, Canada’s very flag pays homage to the maple leaf; specifically, it depicts the leaf of the sugar maple tree. This multi-pointed leaf is how maple trees received their genus name. Maples are part of the Acer genus, and the word “Acer” is a derivative of a Latin word meaning “sharp,” a word which describes the points on the maple leaf perfectly. North America is not only home to the sugar maple, but it also hosts nearly all 129 species in the Acer genus. Sixty percent of the species in this genus used for lumber are harvested from the Great Lake States and the Mid-Atlantic. 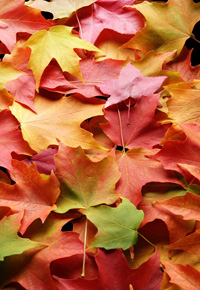 The characteristics of maple trees are rather distinct. The North American variety of the tree can grow anywhere from 30 to 145 feet.

Certain other species of Maple, including some Japanese varieties, only reach heights of 2-3 feet. This makes the Japanese and some other maple trees very useful in Bonsai applications, as the trees are particularly responsive to reduction techniques.

Some species of the maple tree produce flowers, such as the red maple, and others produce a unique fruit called “samaras.” Samaras are also commonly known as “maple keys” or “whirlybirds.”

Maple trees produce copious amounts of pollen, and while this isn’t particularly beneficial to those who suffer from allergies, it is an essential component of the continued existence of honey bees. The bees depend largely on this pollen.

In addition to supporting honey bees, maple trees also support pancake lovers across the continent. The maple syrup appreciated by so many North Americans is produced from the sap of the maple tree. The ratio of sap to syrup is rather surprising; sometimes, it can take up to 30 gallons of sap to produce only 1 gallon of syrup! The sugary sap is also used to produce maple taffy, maple cream, and maple sugar. 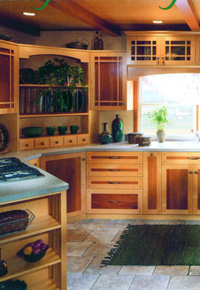 The lumber derived from maple trees can be either hard or soft. Hard maple, which has a fine and consistent texture and is also known as “rock maple,” is produced from sugar maple trees. Its sapwood is red-brown in color, and its heartwood is a lighter variation of these same colors.

Because of its durability, hard maple is often used in applications related to sports, such as gymnasium floors, pool cue shafts, baseball bats, bowling ally lanes, and bowling pins. It is also used in home construction projects such as flooring, cabinets, butcher’s blocks, and furniture. Hard maple is often used for pianos and other instruments, as it is considered a “tonewood,” meaning it carries sound waves beautifully.

In contrast to hard maple, soft maple usually grows in the eastern United States. Various types of soft maples include silver maples, red maples, and bigleaf maples, and these trees are all similar to the sugar maple in terms of both texture and coloring. However, where the hard maple is heavy and strong, the soft maple is more lightweight and pliable. This wood is more suitable, therefore, to applications such as railroad ties, boxes, veneer, crates, pallets, and ornamental furniture.

The maple tree has certainly earned a place among tree-lovers and wood-workers alike, and J. Gibson McIlvain is second-to-none in its admiration of this celebrated wood.