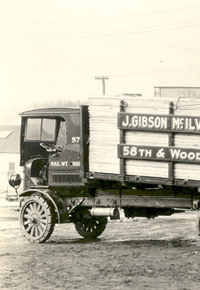 In the wholesale lumber industry, it’s easy to see the forest, but not the trees. By “forest,” here, I’m referring to the overall success and respectability of a company. Factors contributing to the success of McIlvain lumber include its family-centered roots, breadth of products and services, and national and global expansion. Those “trees” may not always be noticed individually, but they certainly contribute to the excellent service provided by J. Gibson McIlvain.

Not many American companies in any niche can point back as far as 1798 to find their roots. The company’s founder, Hugh McIlvain, had no idea that the small family business he began was the start of something that would last through many changes in the nation as a whole. The small business he started on the Schuylkill River outside Philadelphia, Pennsylvania, would supply the early urban sprawl of Philadelphia and prosper despite trade embargoes resulting from Napoleonic victories. 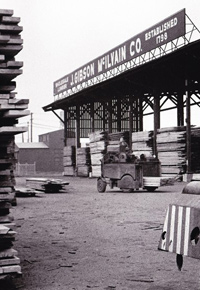 Early exploits include supplying lumber used in the Capitol building and the White House, as well as other buildings of historic national significance; J. Gibson McIlvain wood (website) literally helped build America. Expansion, specialization, and other changes throughout the next two centuries brought many shifts in business details, but 7 generations later, J. Gibson McIlvain is still a family-run company.

Breath of Products and Services

Throughout the company’s first century-and-a-half, responding to market demand meant becoming a hardwoods specialists. Wholesale lumber was supplied to industrial producers who serviced the nation’s emerging shipping, automotive, and railroad industries, as they grew. McIlvain also supplied quality hardwoods to cabinetmakers. The company still specializes in domestic and imported hardwood.

McIlvain also supplies softwoods, which are popular choices for framing needs. McIlvain also keeps plenty of hardwood plywood, including marine-grade plywood, in stock, and they have a variety hardwood millwork available as well. In fact, in case you can’t find exactly what you’re looking for amid their 48-page millwork catalog, they offer custom work, as well. 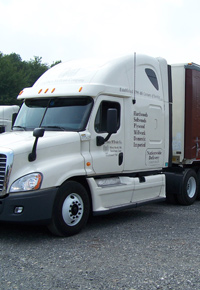 While McIlvain started out as a small family business, it certainly hasn’t stayed that way. Progress and expansion have been its loyal friends, throughout its long lifespan. In 1960, a warehouse was established in White Marsh, Maryland, which is just north of Baltimore. From that location, becoming an international lumber importer was only natural. Starting in the 1970s, the company’s partnerships expanded beyond the U.S. to saw mills across the globe.

In 1980, a new lumber yard was opened in Danielson, Connecticut, to maintain more inventory and increase their shipping prowess. Recognizing market shifts and educating themselves about new niches has helped McIlvain keep up with the world around them and meet their customers’ growing demands.

Building on their rich family history and offering an impressive selection of products and services, J. Gibson McIlvain continues to lend vitality to the continually growing wholesale lumber industry.

Read more at the McIlvain blog: