Since the release of the Chevrolet Volt, Fox News has been running a campaign of negativity against the vehicle. But since the network began attacking the vehicle, a surge of individuals- including conservatives who support the news network- have come forward to reveal that many of Fox News’s allegations against the Chevy Volt were completely inaccurate. This eventually caused the network to retract its initial attacks against the Volt, but because Fox spent so long criticizing the car, many of the myths about the Chevy Volt have taken on a life of their own, causing them to persist in the minds of the network’s viewers. Kudos to our friends at Thornton Chevrolet, York, PA’s premier Chevy dealer, for working hard to dispel those myths and to actively discuss the truth about the Chevy Volt. 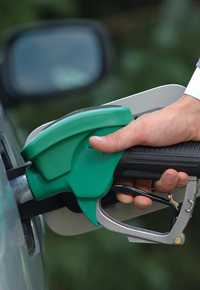 A portion of the effort behind the campaign to reinstate the Volt’s positive image has been led by Lee Spieckerman, a lifelong conservative and CEO of Spieckerman Media. Spieckerman is a self-described “’drill, baby, drill’ guy,” but he, like many others, was outraged by the misinformation spread by Fox News about the Volt. He prefaced his statement by noting, “I love Fox News, and I feel like I’m kind of attacking my own family here. …Unfortunately, there have been a lot of myths perpetuated.” Despite his respect for the news network, he could not let the misinformation about the Chevrolet Volt continue. So what kind of myths have been spread about the vehicle?

The truth is, not one Chevy Volt has ever caught fire or exploded in normal use or in an accident.  Not one.

The conservatives who claim the car is prone to catching fire are referring to an incident in which a Chevy Volt caught fire after three weeks of crash testing in extreme conditions. Immediately after the occurrence, the National Highway Traffic Safety Administration conducted an investigation into the safety of the car. Their conclusions? Not only is the Volt no more likely to catch fire than a normal gasoline car, but it’s also one of the safest cars on the road. They then proceeded to award the vehicle with a 5 star safety rating, the highest safety rating available.

The fact is, much of the conservative distaste for the Chevy Volt arose as a result of the fact that the car is supported by environmentalists and some members of the Obama administration (as a 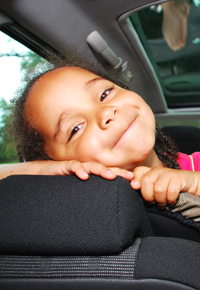 result of its superior gas mileage and low fuel consumption). Conservatives want to distance themselves from the Obama administration for a variety of reasons, but in the case of the Chevy Volt, most conservatives now apologetically agree that they should have examined the facts before attacking the vehicle. The myth that they initially pandered (that still lives on in the minds of some conservatives who haven’t yet heard Fox News’ change of tune) is that the Volt is a product of the Obama administration.

Again, however, the facts say otherwise. The Volt had been in development for two years before Obama was even elected. And the tax break that individuals can receive for buying the Volt? That was a policy implemented by the Bush administration, again, long before Obama even took office.

There’s no two ways about it: The idea that Obama is responsible for the Volt is a complete myth.

Finally, the Chevy Volt can travel around 35 miles on battery alone, after which it changes to a gas powered generator.  When the battery power runs out, the car immediately switches to gasoline-generated electricity.

In contrast to the myth, the Volt will not simply die on the highway when battery power runs out.

It does not, as some conservatives initially claimed, simply fail in the middle of the road. Rather, the car continues running exactly as normal with no interruptions, drawing on gas-generated power instead of battery power.

Regardless of your political beliefs, the Chevy Volt is an exceptional vehicle, and it was unfair for it to have been caught in the middle of a political war. And now that Fox News has retracted its numerous attacks against the car, both ends of the political spectrum seem to be in agreement that the Volt is just what America needs: It’s American made by American workers (in Michigan, not in China, as some conservatives erroneously broadcasted), and experts agree that the fact that it uses a minimal amount of gasoline could help to reduce America’s dependency on foreign oil.

From a completely non-political standpoint, the car is a great investment. It’s safe, it handles beautifully, and best of all, it will save you money on gas. And that’s something everyone can appreciate.