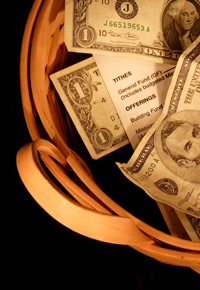 If you’re working in the trenches of church ministry, you know that tithing has been on the decline. Even still, you may not realize how significantly the national economy and generational differences have affected the giving practices of American churchgoers, particularly in the past decade. At eGiving.com, we’ve seen this problem resolved or at least decreased through online giving for churches.

According to a 2010 article in Ministry Today, the Recession has contributed negatively to the already downward trend regarding charitable giving to churches. In addition to the 10% who had already reduced their contributions within the first few months of the recession, the article cites a study by the Barna group that showed that 30% of Americans had decreased their charitable giving toward churches. Further details of the study revealed that almost 25% of those who had lessened their financial support had done so by at least 20%. 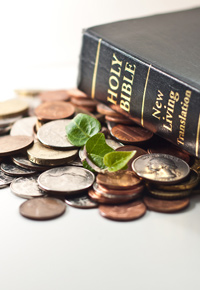 Around this admittedly gloomy storm cloud of information is a gleaming silver lining: Tithing has not decreased nearly as much as other church-bound giving. Those adults who reported donating at least 10% of their income added up to 7%, and the numbers have decreased at a much less alarming rate than other giving—less than 7% in the first decade of the millennium.

Not only has the national economy failed to impact tithing much, but household income levels offer counter-intuitive cues regarding giving. The disparity isn’t a major one, but those who arguably have more finances from which to give actually don’t. While only 9% of adults with 4-year college degrees whose household earnings top $75,000 tithe, 11% of those with no college education and a household earnings under $20,000 give God their 10%. Unfortunately, this really seems to fly in the face of “grace giving,” by which New Testament believers are commanded to give “as God has prospered” them (1 Corinthians 16:2).

While the recession and personal finances haven’t seemed to hurt tithing as much as one might think, age is a definite factor. While the overall percentage of adults who tithe is 7%, when you look at the age breakdown, the numbers are a bit discouraging: Of those age 45 and older, 9% tithe, while only 5% of those under 45 tithe. This trend is negatively impacting more than church budgets and ministry salaries; an increasing number of young adults are doing what the Bible calls “robbing God” (Malachi 3:8).

With the recurring giving solutions available through eGiving.com, your church can help givers set up online tithing accounts so they can give faithfully on weekly, monthly, or quarterly basis that they determine. You can then decide whether to allow them to manage their accounts online or require them to contact your leadership in order to change their giving schedule. With a 95% retention rate of recurring givers over a 5-year period, eGiving can help your church respond to the decreasing trend toward tithing by providing an online tithing solution for your givers.