The late 1800’s to early 1990’s marks the advertising boom companies were striving for. Fundamental social and economic influences fostered advertising’s rise, when the rise of capitalism, Industrial Revolution, channel distribution, mass media, urban population, education, and consumer culture took haul. Markets were cultivated for the growing production in the context of an increasing urban population. 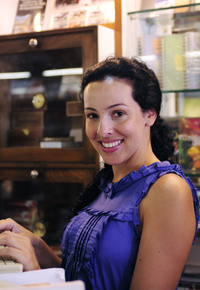 Dailies made it possible for advertisers to reach their constituencies, but they would have to use branded management in order to differentiate with competitors. Advertisements consisted of lengthy material, which appealed to constituencies at the time, seeing as they had time for leisure. Because of this, mom and pop’s shops began pulling homemade, cosmetic items off the shelf and replaced them with branded, appealing products.

Consumer culture took way shortly after the Civil War. Advertisements showed women they could bathe daily; by doing so, they would appeal to their men more than ever before. “This social change and the associated feelings, including uncertainty and anxiety, gave advertisers a chance to offer new products and services to address these very fears, and to leverage upheaval to their branded benefit,” (O’Guinn, Allen, Semenik 76).

Having little government regulation, advertisements were able to make any product appear greater than it was. “When the sands of culture and society shift beneath consumers’ feet, marketing and advertising opportunities usually present themselves,” (O’Guinn, Allen, Semenik 76).

Inevitably, things have changed over time. The creative revolution has taken place, allowing colors and technologically advanced advertisements to enter the mix. Consumer generated content, preferences, and technology is still reshaping mass media. The media and society is still trying to catch up with the changes of time, seeing as how old media outlets are becoming more and more like DinosaurDNA. Integrated brand promotion, the process of using a wide range of promotional tools working together to create widespread brand exposure, has clearly cluttered companies’ workspace as well, casting a large halt at organization.

Fortunately enough, there have been certain companies like CFgear that were ready for the era of technological advancements prior to it happening. CFgear is an innovative technology company focused on developing creative marketing solutions for universities, corporations, charities and entrepreneurial start ups utilizing custom branded flash drives. CFgear’s products allow their consumers to become organized, self-sufficient, and be stress-free of having their strategies and tactics crash. In fact, less than one percent of CFgear’s products have a problem, and for the less than one percent that does, CFgear offers a no-hassle satisfaction guarantee. 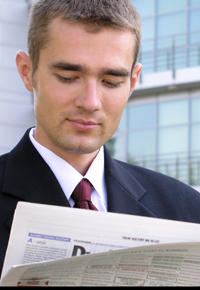 Channel distribution plays a vital role through this emergence, as does the technological devises used to create the change. Today, consumers have a series of individually controlled information sources that let the consumer access the information they want to see or hear. Consumers are now self-aware, have the ability to communicate with other consumers, and are able to create consumer generated content on their own.

As America continues to idolize the American Dream, advertising companies will attempt to grasp this concept and adapt to the changes. Narrowing the context of advertisements is crucial for companies, as is branded entertainment and product placement. Although the history of advertising differentiates with the way things are today, the criteria and values remain the same. No matter how much technology changes, the success of a company will always originate from the brand and the strategies put into the company. As for advertising, it will always be a paid, mass-mediated attempt to persuade.