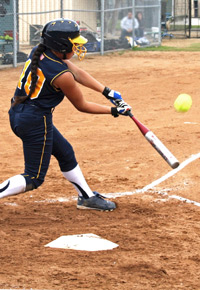 While the 15% of the population that’s left-side dominant is basically forced to achieve a certain level of ambidexterity, the vast majority of us are a bit spoiled — or are we? The following everyday items are set up to favor the right-hand dominant majority, and most of us probably don’t even realize it.

• Automatic transmission cars require the use of only the right foot to operate the gas and brake pedals.
• Bicycle gears have the major gear shifts on the right handlebar.
• Lecture hall desks usually make much more sense for people who write with their right hands.
• Scissors are generally designed in a way that’s painful for lefties but perfectly comfortable for use with the right hand.
• Water fountains have buttons on the right.
• Zippers — particularly those covered by a flap, such as on pants — are designed with righties in mind.

While these accommodations for a primarily right-handed population might seem reasonable, overusing either side of our bodies means under-using the other side, a situation referred to as “functional neglect.” As the right side grows stronger through emphasis during everyday tasks, the left side becomes weaker and therefore more injury-prone. Lower back pain from asymmetry and neurological unavailability of the left side are common results. The good news is that, even once you’ve begun to experience such consequences, it is possible to reverse the trend.

Do you cross your weak leg over your strong leg or constantly pitch your weight to your right side? If so, make a conscious effort to switch off and let your left leg bear some of the weight. Perhaps you consistently place your weight on your right leg while standing; you can avoid such a tendency by placing your stronger foot evenly with your weaker foot instead of behind it.

From walking up stairs to performing exercises, counting silently or aloud only when your left side is doing the work will trick your brain into connecting more readily with your weaker side. Taking this seemingly insignificant step even while walking on level ground can also be a help. 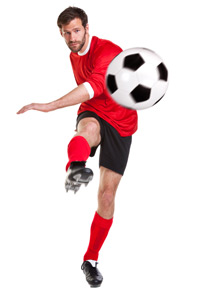 Lift and Carry with Even Loads

Especially when carrying heavy objects in a bag, a backpack will help distribute the weight evenly instead of over-burdening your dominant side.

For some patients, right-side dominance has taken too much of a toll and requires medical intervention beyond the above-mentioned accommodations. Young athletes who have overused their dominant sides and have acquired different-length legs would be prime examples. At the same time, by concentrating on strengthening the neurological connection to your weaker side and using it more often, most people will be able to avoid the kinds of problems that accompany asymmetrical use.