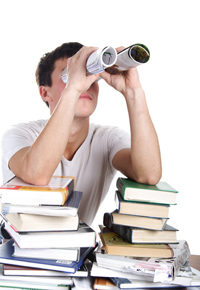 When faced with the choice of what type of post-secondary institution to attend, many students are confused about the decision between colleges and universities.  Some students believe, incorrectly, that the terms are synonymous, and others believe that certain differences exist which are, in truth, not at all accurate.

Despite these differences, colleges and universities have much in common.  For example, both have staffs comprised partially of Ph.D. holders, both can be small or large in terms of enrollment, and both are technically eligible for some forms of government funding.