As a result of their portability, durability, and large storage capacities, USB flash drives have become extremely popular throughout the world. Unfortunately, however, as the market for flash drives has expanded, the number of suppliers who offer low quality or even completely fake products has increased drastically. Most of these suppliers pose as reputable flash drive dealers offering high storage capacity flash drives at unbelievably low prices, but, in many cases, these deals really are too good to be true.

Look out for Recycled Memory 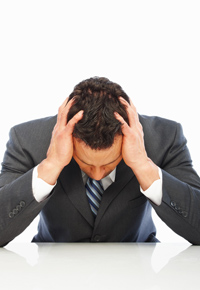 Sometimes the fake suppliers will sell flash drives that have “recycled” memory, and, while recycling in general might be a good thing, recycling flash memory nearly always is not. These USB drives contain B grade memory marketed as brand new flash memory, and, as such, they tend to have a shorter lifespan than new flash drives. Because flash drives, like all electronics, are limited in the number of times they can be used before wearing out, purchasing used flash drives is like purchasing drives that are already half dead. The average flash drive can generally only withstand somewhere between 10,000 and 100,000 writes, and there is no telling how many writes these used flash drives have already seen.

Sometimes, these flash drives have been used quite extensively, meaning they are already very near the end of their lives. Unfortunately, the used memory in a fake flash drive is packaged in a shiny new casing, so the flash drive itself appears to be brand new. The only indication that you’ve been tricked into purchasing used flash drives is usually when the drive dies very early in its use.

The second common trick used among flash drive dealers is even more duplicitous. In this scenario, customers order and pay for a certain size of flash drive, and in return, they receive flash drives that are capable of holding nowhere the same amount of data. In many cases, the suppliers go so far as to configure the drive to appear as the proper size when it is plugged into the computer’s USB port.

Consider the following scenario: You purchase 1 GB flash drives for use in your business. You plug the drive into your computer, and it recognizes the device as a 1 GB flash drive, so you transfer your data onto the drive. The transfer completes, and the computer displays no error messages or warnings, so you disconnect the drive and delete the data from your computer. After 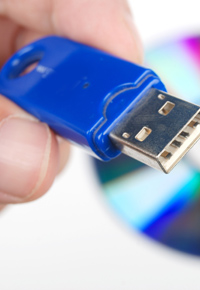 all, you now have it stored on a flash drive, so there’s no reason it should take up space on your computer…

But unbeknownst to you, you’ve made a huge mistake! The bargain flash drives you purchased were actually 256 MB flash drives configured to appear as 1 GB flash drives. The manufacturers of these deceptive flash drives formatted the drives to display more space than they actually have available, so, in the future, when you use the drive to upload your data onto another computer, most of it simply won’t be there. And because the data transferred “successfully” and you then deleted it, it’s now gone forever. This unfortunate scenario is actually very common among flash drive shoppers for whom price is the only deciding factor.

The fake flash drive industry is booming, and fake suppliers are constantly developing new ways to trick consumers. Therefore, it is extremely important that you purchase your flash drives from a reputable dealer. Price isn’t everything; often, the lowest prices are the result of the lowest quality – or worse, fake flash drives. Remember to do your research, and whenever possible, purchase from dependable dealers like CFgear.com who offer warranties and return and exchange programs.