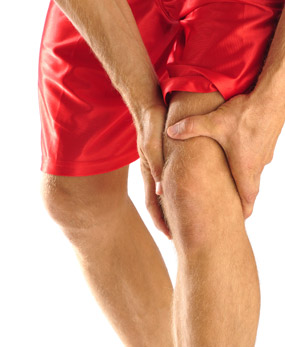 While it’s good to try to discipline your body and strengthen your muscles, the “no pain, no gain” concept isn’t always wise. Sometimes we need to listen to our bodies so we don’t cause lasting damage. Many knee patients want to know why their knees make noises. Are your knees trying to tell you something? Some clicking or popping noises are merely annoyances; however, some should be seen as red flags and make you pay attention.

An initiating movement, such as bending or straightening the knee, standing up, or ascending stairs, can produce a high pitched clicking noise. Sometimes, it’s accompanied by pain. Basically, what’s going on is that the patella, or kneecap, sits on the trough which the femur bone, or thigh, makes under it.

Ideally, the kneecap rests squarely in the middle, but it can move slightly to the side, making uneven contact with the underlying bone. Such misalignment is corrected during an initiating movement, forcing alignment to be corrected.

What causes the misalignment? It’s usually due to leg weakness or muscular imbalances. As long as there’s no pain, you shouldn’t worry. However, if they are accompanied by pain, you may want to see your physical therapist. 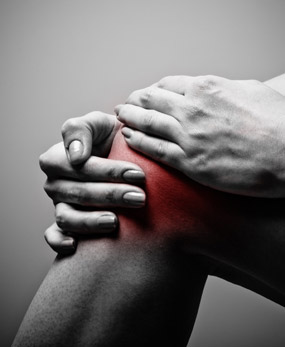 Grinding During and After Squatting

“Grinding” might sound harsher than what most people describe hearing: something similar to the movement of sandpaper over a surface. This high-pitched sound is caused by uneven cartilage coating the underside of the kneecap as it rubs against the tissue and bone beneath it. During a squatting movement, the cartilage connected to the kneecap basically grinds against the bone beneath it. Unlike the first example, in which the kneecap tracked off to the side, the kneecap in this scenario is basically being pressed directly straight down.

What causes this phenomenon? It could be due to especially tight hip flexors or quads, pulling the kneecap downward. Alternately, it could be caused due to the softness of cartilage under the kneecap. If it’s fairly short lived, don’t worry about this one. If it lasts more than a couple months, it wouldn’t hurt to have it checked out.

Deep Grinding from the Knee Joint When Bearing Weight 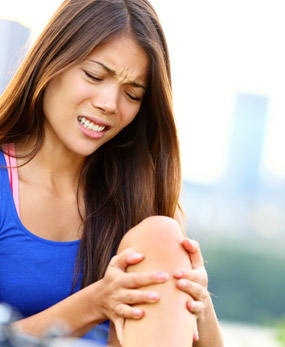 This issue can occur when your legs are bearing weight while sitting or standing. Often due to joint arthritis affecting the knee cap or thigh bone, it can result from years of repetitive stress to the joint. Age comes into play, as well. An X-ray would likely show less space between bones due to decreased or completely missing cartilage.

So what’s the noise? The noise you’re hearing is bone-on-bone contact that occurs when the cartilage isn’t there to lubricate the joint and provide shock absorption. As you’ve probably guessed, this noise is usually accompanied by pain and should not be ignored. You’ll want to see a physician right away!

• What Exercises Can I Do For My Lower Back While Driving?
• Information on Stroke Recovery
• Running Pearls

PhysioDC of Washington, D.C. is a boutique physical therapy center which helps patients recover, strengthen, and return to healthy living after they travel or on a day-to-day lifestyle. Located in downtown Washington, D.C., PhysioDC is an excellent resource to contact for all joint and body pain. For more information on physical therapy for your body, visit PhysioDC at www.physiodc.com. PhysioDC is located in downtown D.C. at 1001 Connecticut Avenue NW, Suite 330 (at the corners of K Street and Connecticut Avenue NW).