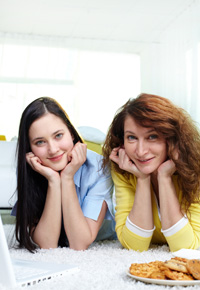 The balance beam seems to be all-too-narrow when it comes to teens and their bodies. Fall off on one side, and you’re too thin, but lean to far the other way, and you’re headed toward teen obesity; both extremes can result from or lead to an unhealthy obsession with food and body image. The results can be devastating, whether kids fall off one end of the balance beam or the other: Negative self-image, low self-esteem, and depression.

Of course, eating disorders are common among teens with problem weights. Disorders such as Anorexia and Bulimia can give a teen the feeling of having control over at least a small part of her life. One cause of eating disorders is being called Body Dysmorphic Disorder, or BDD. Defined by an excessive amount of concern regarding one’s appearance, BDD can manifest itself by the following behaviors:

Perhaps instead of focusing on weight, an apparent imperfection over which teens can develop unhealthy obsessions, we should focus on being healthy, instead. The numbers might not line up with cookie-cutter charts, but that isn’t really the point, is it? 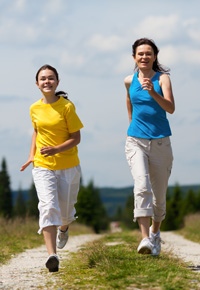 While media messages and peer influence can certainly contribute to such disorders, so can certain sports and activities that emphasize weight and appearance. Examples of sports that can contribute to body image issues include dance, swimming, ice skating, gymnastics, and wrestling. Of course, those activities also provide something important for a teen: physical activity. There are plenty of sports and activities that don’t focus on body weight or appearance, and teens need to participate in them in order for their bodies to be healthy.

The US Department of Health and Human Services recommends that children ages 4 to 17 get in at least 60 minutes of physical activity each day. According to a 2011 study, only 29% of high school students are achieving those activity standards. When you break down the numbers by gender, 38.3% of teen guys are getting an hour a day, while only 18.5% of teen girls are getting an hour in.

In addition to physical inactivity, unhealthy relationships with food can highly contribute to teen obesity. Often, unhealthy eating patterns are developed during childhood, and old habits are always hard to break. If your teen has become used to viewing sugary foods laden with artificial everything as “treats,” the emotional connection can mean that staying away from such unhealthy snacks feels like a punishment. As a parent, you’ll have to get creative about providing rewards and incentives for achievements in the form of positive experiences that aren’t tied to food. Other emotional eating patterns need to be addressed, as well.

As teens develop healthy relationships with food and activity levels, they’ll be less likely to develop unhealthy disorders and the many problems related to obesity.