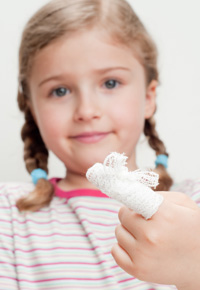 For those who work with their hands and fingers on a daily basis, finger trauma can be a frustrating and debilitating problem. Many Americans rely more on their fingers than on their knees, hips, or other joints, for their livelihood. For the 80% of Americans who live on a month-to-month basis, the threat of losing their ability to earn a living can be extremely discouraging. From joint pain and various types of finger trauma to what’s known as “trigger finger,” knowing how to respond to common finger problems can take the fear out of such issues.

Overworked hand and wrist joints often fall prey to arthritis, as early as a person’s thirties. Carpal tunnel syndrome can also be a concern. Regardless of the reason for joint pain, flexible braces such as the short thumb spica and wrist braces like these can help support problem joints and limit motion. On the flip side, such bracing can contribute to weakened muscles. To reduce the potential negative effects of bracing, many physical therapists encourage strengthening and stretching techniques along with wearing braces.

When a finger is sliced, jammed, or crushed, such trauma can be frightening. Whether a fracture has occurred or not, whenever finger trauma occurs, swelling is the inevitable result. That swelling can impede a person’s ability to bend and straighten the affected finger. As long as bending and straightening are possible, though, it’s clear that the tendons and other support structures are in working order. Because fingers are generally slow to drain, finger swelling can continue for longer than it would in other body parts subjected to similar levels of trauma — even taking months for the swelling to completely dissipate. However, if the swelling is accompanied by bruising and continued pain, the injured finger should be evaluated by a medical professional, who will probably order an x-ray. 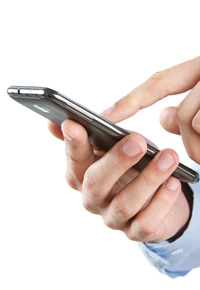 While often associated with firearms, medically, stenosingtenosynovitis — what’s known as “trigger finger” — often results from typing or the repetitive motions used when texting or otherwise pressing buttons on hand held devices. Symptoms include pain during bending or straightening the finger and a popping noise accompanying movement. Basically, the flexor tendons held in place by small pulleys develop irregularities that produce swollen nodules on the tendon’s surface. The swelling in turn contributes to the tendon’s sticking instead of gliding through the pulley system. The best antidote for such swelling is resting the affected finger from active bending for 4-6 weeks. This can be accomplished with a plastic “ring splint.”

As a general rule, traumatized fingers can benefit from being rested; at the same time, keeping digits idle for longer than necessary can have adverse effects, such as stiffness. When in doubt, discuss your finger problems with your doctor or physical therapist is the safest route to recovery.