When asked what problems they encounter on a daily basis that severely affect a teen’s education, many teachers would answer truancy. In fact, truancy has now become on a list of the top 10 things that is affecting our country’s schools from day to day. It is estimated that some cities see as much as a 30% truancy rate daily. In fact, New York City sees about 150,000 of its 1,000,000 students truant every day.

Truancy refers to the failure to attend school without an excuse. With statistics reaching an alarming rate, many are concerned about the future leaders of this country. Some statistics have indicated that students who are continuously truant have a drastically higher rate of high school drop out. If a student drops out, their pay is generally about 27% less than a high school graduate. It can also affect their ability to get a job, keep a job, their self-esteem, and other poor future outcomes. 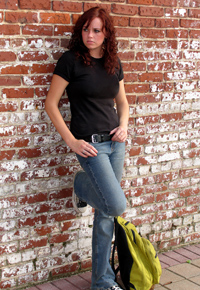 Finding the reason for truancy is often an important aspect of controlling unexcused absences. Students may become bored or feel that their classes are irrelevant to them. They may also have bad relationships with parents, teachers, or administration. One large cause seems to be a student’s interaction with peers. Those who are bullied or have difficulty making friends have an increased rate of truancy.

Parents can be proactive in their teen’s life by showing a genuine concern and caring for their education. Many schools now allow a parent to keep up with their child’s attendance records through an online system. They can also be on the lookout for grade changes. A student that once held an A-average may have a sudden drop because of their lack of attendance.

A parent can also become involved in the teen’s school. Many schools are always looking for parent classroom volunteers, field trip chaperons, and extracurricular activity chaperons. If a parent takes the time to become active in the school, a teen will most likely not chance skipping a day.

Communication is also important in the teen/parent relationship. If the parent takes a genuine interest in what activities and events the teen is currently participating in, then the teen will be encouraged to succeed. If your teen is coming up with excuses to miss school, find out the true reasoning. Perhaps there is a problem with a bully or teacher relationship. Be understanding and listen while your teen vents. Learning their reasoning for avoiding school can be motivation for you to implement change and seek help from counselors, teachers, or administration.

Also in this communication, emphasis the importance of attendance in school. If a teen continuously misses class, it will not look good to future employers. Skipping several days over a school semester can cause a student to fall behind and affect their chances of attending college or getting a job. Discuss all of the consequences with your child. Further voice punishments and rules regarding truancy.

Even if you have followed all of these tips, your teen may still be finding ways to be truant. While not in school, your teen’s risk of dangerous or illegal behaviors increases. They may begin to hang out with the wrong crowd or using illegal drugs or alcohol. Their future and life will quickly spiral out of control. Grades will begin slipping and your teen may develop a lack of care for school. 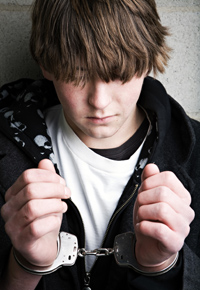 Prevention is the key in truancy. By being proactive you can help prevent unexcused absences. Some states are implementing a “No Class, No Keys” rule. If students reach more than 10 unexcused days, they will be reported to their state’s Department of Motor Vehicles and their driving license will be suspended. This program has shown some positive impact, but also worries some teachers who fear that students will simply drop out of school to keep their driver’s license.

Other schools have offered rewards for good attendance. Their parking permit for the year may be free or perfect attendance students may receive some type of reward at the end of the year. While some absences for illness or doctor’s appointments are to be expected, it is the unexcused continued absences that worry school officials.

If you are having problems with your teen attending school while you are at work, you may begin to feel hopeless. It is hard to monitor their actions 24/7. You may be punished or fined if your teen misses more than 10 days in an academic year. You watch, worrying and concerned, as your teen chooses to throw their academic future away. Most parents would begin to think of alternative ways to have their teen attend school.

Perhaps a boarding school would serve as an option that would give your child a structured environment, while also providing them with a quality education.

If truancy has become a major issue in your teen’s life, a boarding school will offer 24/7 supervision that will monitor and increase a student’s chance of success. Because truancy is an issue that seems to be affecting every single school district, it is understandable that your teen has fallen victim. However, do not let their lack of attendance ruin their chances for a successful future. Get them enrolled in a boarding school that will focus on their academic success.