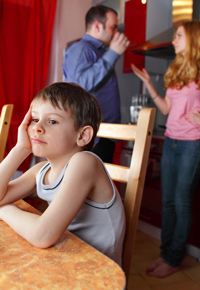 Sometimes, family conflict cannot be avoided. Disagreements and frustrations are normal parts of family life and almost all human relationships. Unlike interactions outside the home, family feuds often catch us at our worst and have the greatest potential for unfair fighting. If all family members can agree to fight by a pre-determined set of rules that can be referenced and will be respected when the heat is on, they’ll be better equipped to solve other personal problems and emerge from arguments with relationships still intact.

By saying “I feel like you wanted to make me look stupid in front of my friends,” instead of “You tried to make me look like an idiot,” you’re taking responsibility for your own feelings, rather than pushing your interpretations of the other person’s motivations. By doing this, you give the other person the benefit of the doubt and offer an opportunity for understanding. 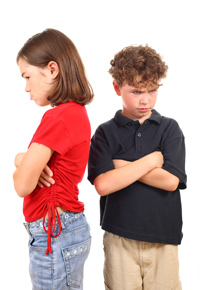 2. Repeat what you think the other person is trying to say, in your own words.

This is part of developing good listening skills. Saying something like, ”It sounds like you’re telling me that when I looked through your closet, you feel like I showed that I don’t trust you. Is that right?” By rewording what you think you’re hearing, you show the other person that you’re truly trying to understand. By asking if you have it right, you’re eliminating useless arguments based on misunderstandings.

3. Limit your discussion to the issue at hand.

This is a great incentive to deal with issues as they come up—no silent treatment or simmering until you boil over! Deal with the problem within 24 hours, and once it’s been addressed, consider it over. When you do address an issue, don’t bring up past problems, whether you see them as related or not. 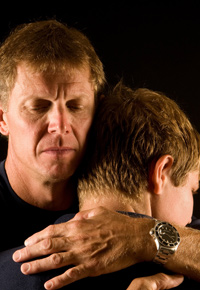 4. Realize you’re on the same team.

You’re attacking the issue together, with the aim of solving a problem or reaching a solution. This isn’t simply a venting session (that’s what your journal or bff is there for!) but a problem-solving discussion. That means you’re not raising your voice, calling names, or insulting one another. Anything aimed at producing anger or a defensive stance is out of line. Set yourself up for a win-win, and be willing to compromise a bit.

5. Give each other equal time, and allow for a “time out.”

Make sure to give the other person a fair hearing—and don’t make him or her have to fight for that. If you recognize that one or both of you need to take a break, that’s okay. It’s much better to realize you’re about to boil over before you do than to push yourself and risk fighting unfairly and ruining what could be a productive discussion. A time out should be between 30 minutes and 24 hours, depending on your other responsibilities and your state of mind.