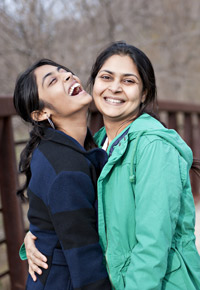 In case you haven’t noticed, teens like to talk about themselves. Whether you chalk it up to egocentricity or full-blown narcissism, the positive side is that if you ask a teen to tell you about themselves, you’ll probably be rewarded with an open book. We can’t mistake teens’ self-centered tendencies for conscious metacognition, though: often, teens fail to realize or evaluate their own thought processes.

For people who wish to negatively influence them (or gain from their narcissistic tendencies, like advertisers), this plays into their selfish clutches. At the same time, it’s also good news for those who wish to aid teens in their maturation and help them toward a less self-centered, immediate-gratification perspective. 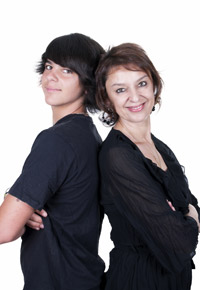 Teens need to realize that their actions have implications, and their behaviors reveal their beliefs or worldview. One line of questioning that can be helpful in a teen’s self-discovery of his or her worldview is to ask the question “Why?” Now, you don’t want to make the mistake of the repetitive 4-year-old who asks this question about trivialities. Instead, you can insert it whenever an action or intention comes up that reveals to you a belief or thought pattern that contrasts with your own.

For instance, if a teen mentions being okay with unethical behavior, such as cheating on tests, you could opt to lecture her and explain how such thinking goes against your worldview. Perhaps more profitable, though, would be asking the teen “why” she deems such behavior acceptable, clarifying what she’s saying, and showing the implications of such a philosophy. Then, perhaps she’ll be more open to hearing how your contrasting view matches up with your ideology. 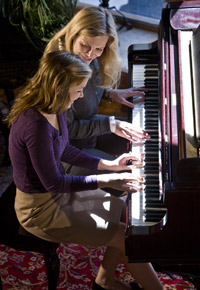 Another line of questioning that can be helpful is “What next?” When a teen reveals a plan or dream that seems unwise, this kind of questioning can help him realize the potential pitfalls or natural consequences of such a choice. Sure, you could lecture him, raining on his parade, but helping him to come up with solutions on his own will probably go over a bit better. Brainstorming solutions for potential problems with the plan can be a cooperative effort, and he might even ask you for your opinion — wouldn’t that be a change?!

“What next?” can also lead to an understanding of the emptiness and ultimate end of selfish pursuits. Instead of laughing it off when a teen who trusts you with his thoughts reveals the lifetime goal of making a lot of money, you could help him realize that money is not as fulfilling as he wants to think it will be. Neither is fame, or success, or power.

As you help the teens in your life understand their thinking patterns and discover their own worldview, you’ll be leading them to a better understanding of their favorite person. Eventually you might even get the chance to help them understand that it’s only when we look away from ourselves that we can be truly fulfilled.