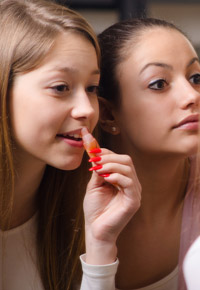 It seems like anyone who exhibits symptoms of frustration, despair, or self-consciousness is labeled as having low self-esteem. They may be told to love themselves, or we may try to convince them of their worth. Especially during adolescence, when egocentrism naturally guides their behavior, teens need to be presented with their Creator’s view.

As with any issues of life, God’s Word has something to say, and we need to measure popular thought and methodology against relevant passages of Scripture.

Should We Love Ourselves?

While we can determine some of one another’s thoughts and heart’s desires, only God truly knows the inner workings of His Creation; His omniscience means that He knows all about us, including the most private feelings we have (Psalm 103:14, Luke 16:15). Knowing us as He does, His Word assumes that we already do love ourselves, when in it He commands us to love others just like we love ourselves (Leviticus 19:18). 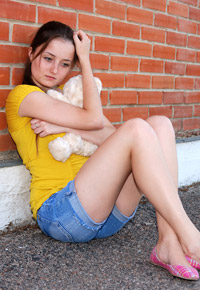 We don’t have to learn to love ourselves; we do so naturally. Now, we may lack confidence or feel intimidated by certain people or situations, but that’s a different issue, altogether. Those who may appear to hate themselves—perhaps withdrawing from society, performing acts of self-injury, or even attempting suicide — actually regard themselves quite highly, seeing themselves as undeserving of whatever difficulties plague them and desiring to escape from such perceived injustices.

Whom Should We Esteem

Instead of commanding us to love and esteem ourselves, God’s Word exalts loving God and others as our primary goals here on earth (Mark 12:29-31). The word “esteem” is particularly used in Philippians 2:3 to describe what we’re supposed to do for others.

As we praise, thank, and worship God and minister to and edify one another, we can gain the kind of satisfaction and sense of purpose that we all desire. Of course, we cannot do those things with selfish aims, or we’re missing the point, but God created us in a way that allows us to feel fulfilled in accomplishing His purposes, not in wallowing in self-pity or focusing on self.

How Should We View Ourselves? 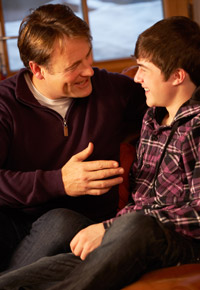 During the Middle Ages, a movement called Asceticism displayed a false view of spirituality in which monks and other presumably spiritual leaders believed that making themselves unnecessarily uncomfortable and even torturing themselves was pleasing to God. Their unbiblical view of the human body as evil led to bizarre behaviors like sitting atop poles and wearing burlap clothing.

By contrast, God’s Word refers to our human form as something for which to thank Him (Psalm 139:14). While it’s vain to focus undue attention on our outward appearance or other physical traits or accomplishments, we should certainly rejoice in and respect our Creator’s handiwork (Ephesians 2:8-10, Romans 1:25).

When we combine a biblical view of ourselves with an aim to focus on God and minister to others, we won’t obsess about our self-image to the point of pride or punishment. As we help our teens develop healthy thinking patterns, we do them a disservice when we encourage them to focus on themselves.