New Creations Christian Boarding School began in 1969 as a talented choir comprised mainly of teenagers. In fact, Rich Mullins, a respected Christian music artist with songs such as “Our God is an Awesome God,” was part of the initial group of teens, but at the time, not all of the choir members seemed to be heading in such a successful direction. Over the years, the founders of New Creations, Tim and Bonnie Cummings, began talking to teens who were having problems at home. During these early years, the couple decided to take the teens into their home in order to help them, and the rest, as they say, is history. 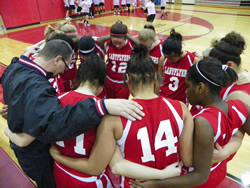 Eventually, the demand for Tim and Bonnie’s help became so great that they could no longer operate out of their home. They purchased a farm with plenty of space for activities and housing, and they went through the accreditation process to become legally recognized as a Christian boarding school. Today, over 40 years later, New Creations Boarding School owns approximately 700 acres of wooded property near the Ohio/ Indiana border. The school’s property includes a river, camp grounds, and several lakes, allowing for a wide range of outdoor activities for the students of New Creations. 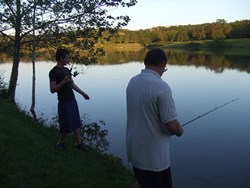 Since the beginning and to this day, the school’s main focus has been on the youth. In a broad sense, New Creations Christian Boarding School has three main goals: First, they want to help students excel academically by constantly challenging them to reevaluate their intellectual and academic limits. Secondly, the school aims to help restore and strengthen family relationships through educational group meetings and individualized family counseling. Finally, New Creations, as a Christian school, strives to bring each student to a personal relationship with Jesus Christ and to nurture existing relationships with God through daily devotions centered around the issues affecting teens today. 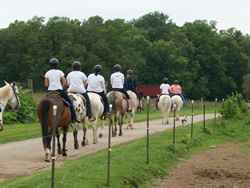 The day-to-day operations at New Creations are centered around meeting those three goals. The program is practical yet Christ-centered, and this accredited boarding school has helped literally thousands of teens over the years. The cafeteria produces about 150 meals a day to meet state and local nutritional guidelines, as well as the student’s nutritional needs. Students are responsible for most of their own chores in the dormitory-style housing, and they are responsible for the cleanliness of the building. This includes, for example, being taught to do their own laundry. Students are part of a structured, disciplined daily schedule, which is eventually softened (with rewards and free time) as the student begins to respond favorably to the New Creations environment. 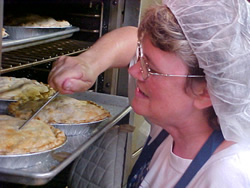 New Creations is not a military program. The school’s staff understands that most teens are still children at heart, regardless of their behavior, and as such, they need a loving and nurturing environment. However, if love alone were enough, many of the parents would not have needed the help of New Creations in the first place. Therefore, the school’s tactics reflect a delicate balance between love and discipline. The school’s methods are extremely effective at helping troubled teens transform into emotionally healthy young adults, and approximately 85 percent of New Creations graduates moving on to college.

Read what students are saying about New Creations Boarding School

Hi! My name is Bryce, and I am from Indiana. I’ve been at New Creations for 5 months. When I was little I was an orphan in Russia. My twin and I weren’t taken care of very well at the orphanage. The family I have now gave me a new life. I have never known who my real parents were or my siblings. Now I’m an American citizen, and while I’ve been at New Creations, I’ve grown closer to God and met better friends than my drug friends. I did do dip and cigarettes, but I came to New Creations and have grown closer to God.