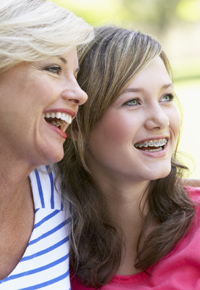 Before we explain positive parenting, let’s review the main goals of the three parenting styles we examined in Part 1: 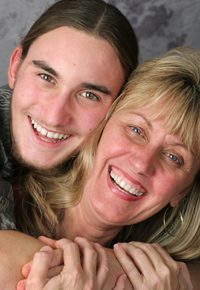 In contrast to all of those parenting styles, the aim of positive parenting is empowerment to grow and learn, which is accomplished through active parental guidance. Unlike the authoritarian or overprotective parent, the guidance that the positive parent provides includes reasoning and two-way communication.

While parents give clear expectations and take an active role in parenting, the motivation they provide is not based in fear, but clearly communicated goals. Like the permissive parent’s aims, the result is a sort of freedom, but one that come without concerns of emotional neglect or a lack of boundaries. The growth that naturally results promotes self-control and true maturity in teens.

But how does the positive parent achieve these seemingly difficult goals? First, they become students of their children’s unique capabilities. This means that positive parents realize that while teens require some freedom and a chance to express their individuality, they can handle only so much freedom during the early years. 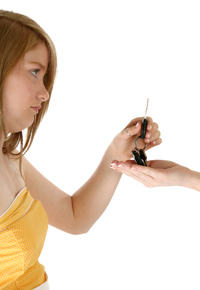 Second, positive parents realize that as parents, their age provides them with more experience, greater knowledge, and access to better resources than their children possess. The power inherent in age gives them greater responsibility as parents, making them better-equipped to guide their children than the children are to guide themselves. At the same time, these model parents sacrificially and actively model and teach their children to act responsibly.

Third, positive parents make a habit of explaining specific expectations during times of non-conflict and inviting discussion from their teens. Consequences are also communicated unemotionally and before agreements go unmet. Unlike the authoritarian parent’s punishments, however, the results of failure to comply are part of helping their teens develop discipline, rather than being merely punitive.

While the positive parent gradually relinquishes control, giving teens more freedom each year, that freedom is directly linked to a growing level of responsibility that promotes true independence and maturity. Thus, when self-governed teens are away from parents, they still possess the ability to make wise choices.

But no matter how skilled you might be as a parent, sometimes teens just will not respond to your efforts. While some level of rebellion and disobedience is to be expected from all teenagers, if your teen’s defiant, destructive, dangerous, or illegal behavior has gotten out of hand, it could be time to seek help from a well-qualified outside source.