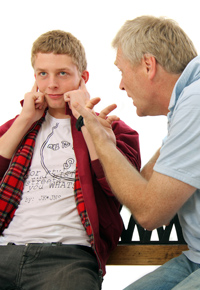 However, in practicing such a parenting style, these parents sacrifice opportunities to influence their children through reasoned discussion. By simply barking orders and expecting to be obeyed, military-style, they fail to help their teens develop important thinking skills. What’s more, authoritarian parenting very commonly backfires, as teens feel completely stifled and smothered by the authoritarian parent’s unwillingness to relate to the teen on an intimate, person-t0-person level. 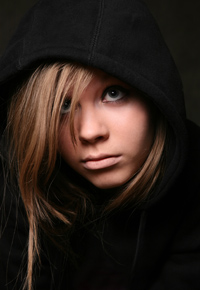 Because the teen with authoritarian parents often feels threatened, they typically behave well when parents are nearby; however, when teens are away from their parents, they tend to act quite differently. Not only do they take advantage of opportunities to misbehave because they feel so stifled in their home environment, but even if they want to do right, they still often struggle to behave without external control. Because they are accustomed to parents controlling their every move, they are often unable to make smart decisions on their own, and they are very, very unlikely to internalize their parents’ values and make wise life choices.

Overprotective parents, sometimes referred to as “helicopter” parents, are always hovering over their teenagers. Like authoritarian parents, they wield control over their teens, but unlike authoritarians, they present themselves as their children’s allies against dangers of which they are fearful. This fear often prompts them to overcome their children’s difficulties for them instead of preparing the child or encouraging them to face such hardships on their own. From doing the child’s homework to prohibiting them from sleeping over at friends’ houses, the overprotective parent is concerned with eliminating any kind of risk. 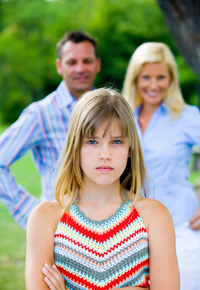 Teens with overprotective parents are often poorly prepared to deal with realities of life. They may panic in situations that well-prepared teens don’t even find stressful. That panic may take several forms, including making poor choices when they’re put in unfamiliar situations or are forced to make on-the-spot decisions.

Permissive Parents are quite different from both authoritarian and overprotective parents. They don’t worry about punishment; instead, they avoid setting expectations altogether. The permissive parent encourages their teen to explore the world without any parental intervention, allowing their children to make mistakes and learn from natural consequences that occur. While this may seem preferable to authoritarian or overprotective parenting, permissive parents often fail to enact rules and guidelines, which obviously has many negative consequences.

There is a fourth parenting style, and we’ll look at that in Part 2 of this series.

Every teenager will act rebelliously from time to time. However, if your teen’s defiant, risky, or illegal behavior has gotten so bad that you feel you are starting to lose control of your family, it could be time to seek help from an outside source.